Showing posts from October, 2012
Show All

JOHNNY GRUESOME: MONSTER BEHIND THE MASK 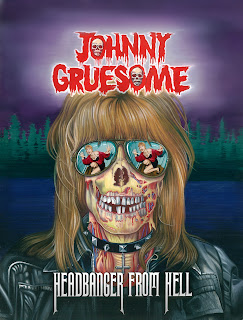 Almost thirty years ago a young man named Gregory Lamberson discovered a box hidden away at the Coliseum Twin Theater in New York. In the box was a four colour movie poster depicting a tough hood pinning down his prey with a switchblade as some lusty buxom blonde looks on. The image sunk it's claws into Greg and refused to let go. Returning to his home town of Fredonia, the director of the cult classic film, SLIME CITY, spent a cold winter's period writing the script to a monster that would not die and its name was Johnny Gruesome.   Before Greg could convince a producer to take a chance on the script, the market for horror films dried up and forced Greg's script into a top drawer where it would fester over the next twenty-three years until its transition to novel form. As a stroke of pure fate, Greg united with Canadian, Giasone (G) Italiano, at an unofficial social gathering hosted by G's wife, Marcy, author of Pain Machine . Sharing a passion for horro
Post a Comment
Read more

By Dark Bites - October 26, 2012
As the veil between our world and their's grows thinner, a restlessness washes over all beneath such darkening skies.  In the distance within the coldest mountains a growl rises up and turns to an echoing chorus of tormented howling.  Rising up from their slumber they join the ranks and begin to roam the lands.  The pack is gathering and the herd must be culled. In preparation of the gathering beasties, I turned to none other than literary wolf master, Steven E. Wedel, author of the Werewolf Saga and other critically acclaimed works such as his YA novel After Obsession which he co-authored with Carrie Jones.  The clock has been set and before the first of the pack (Murdered by Human Wolves) is unleashed this October 29th, Steven has agreed to a sit down to discuss why this Halloween marks a major turn of action regarding the ongoing battle raging between his wolves and the unsuspecting public. Provided I make it out alive, you can expect the blood and guts of our convers
Post a Comment
Read more

EMILY'S ATTIC: AN INQUIRY INTO A HAUNTED PUB 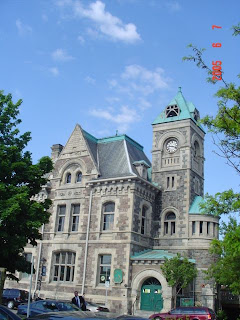 **Originally published by Insidious Reflections, summer of 2005 (edited for current relevance.)** ***All pictures in this article are owned by the author.***          What better way to celebrate this spooky season than with a ghost story backed by true encounters?  This  investigative article is the first non-fiction piece I have ever published, thanks to the frightfully good folks at Insidious Reflections magazine (now defunct).  The article has been edited to help with the flow of the writing  and to include a slight update on the current situation of the pub, otherwise all facts that follow remain as they were when I first visited this historical haunted pub.  I hope you enjoy it. The Phone Call “Good afternoon, Fiddler’s Green.” “Um, good morning, actually. Long day already, huh?” “Doesn’t matter how long or short it is. No such thing as a good morning.” With that, the key was turned and the doorway into the after world had been opened, delivered wit
Post a Comment
Location: Cambridge, ON, Canada
Read more

Interviewing Blanche Baker on the role of evil 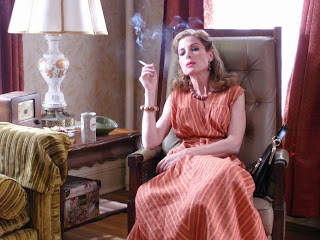 BLANCHE BAKER SPEAKS OUT ON THE GIRL NEXT DOOR I hadn't intended on re-covering so much of THE GIRL NEXT DOOR.  I've certainly visited this dark place enough times.  But I feel this film carries with it a impact that's as important as ever and because I can't offer you coverage I have without letting you listen in on a conversation I had with Blanche Baker on bringing evil Ruth to life, I leave you with this interview.  You may already know Blanche Baker as a lady who is eclectic in her working life. Her acting experience spans from such memorable roles as Ginny in Sixteen Candles to costarring with Arnold Schwarzenegger in Raw Deal and a plethora of solid characters in between. Taking time off for her family since casting in Dead Funny, Blanche has kept mostly under the public radar since 1995, but with her recent leading role in the controversial Jack Ketchum’s The Girl Next Door film from Moderncine’ as the cruel and subtle Ruth Chandler, Blanch Baker ha
2 comments
Read more 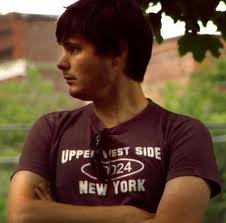 Andrew Van den Houten on THE GIRL NEXT DOOR Originally published by Dark Recesses Press, 2007 THE GIRL NEXT DOOR by Jack Ketchum is the toughest book I’ve ever read, period. Several times, I was tempted to throw it away so I wouldn’t have to suffer another page of the hell that lay between its covers. But, in the end, I had to finish it, had to know how it played out. Had to know if any of the characters would survive with me and whether or not their conclusion would be an act of mercy or of further torture, or worse.. Turning the final page I sat relieved and drained. At least the story was over though it would stay with me for a long time I knew. Then a couple of years later, along comes a relatively unknown production company called Moderncine’ who, for some godforsaken reason, thought it would be a good idea to bring this tragic tale to life on screen. Let me tell you, it was with much hesitation and inner debate that I eventually decide to get in touch with those
Post a Comment
Read more
More posts