Showing posts from March, 2019
Show All

JEFF STRAND - A Conversation About his COLD DEAD HANDS 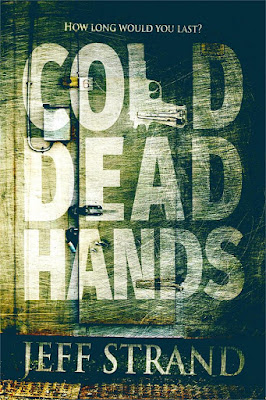 Jeff Strand is the notoriously dark comedic author of over 40 books including the Andrew Mayhem series, The Sinister Mr. Corpse, Pressure, Sick House plus several short stories such as Socially Awkward Moments With An Inspiring Lunatic and Two Twisted Nuts. A recipient of four Bram Stoker Award-nominations, Jeff is quite arguably best in the bizz at combining comedy and fear on the same page. This interview isn't about any of that, but instead centers around his latest novella, Cold Dead Hands, which was released December of 2018. Feel free to turn up the heat and get comfy as we discuss Jeff's latest offering of cold terror and dark laughs. DARK BITES: So, how exactly does a person living in the idealistic warm climate of Florida get wired to write a story that takes place in the icy confines of a walk-in freezer? JEFF STRAND: I've since moved to Atlanta, Georgia, but yes, Cold Dead Hands was written outdoors in beautiful sunshine! The story is more abou
Post a Comment
Read more
More posts